New Album Release: Eight Days At Roundhead
by pushsupport on April 26, 2013 in Releases

In the Prime Rocks documentary The Exponents, the group are captured returning to Neil Finn’s Roundhead Studios in Auckland to record some of Jordan’s earliest and most immediate songs, most of which never made it to an album during the course of their thirty year career. The result of their sessions at the famed studio is a new album, Eight Days At Roundhead. The album features seven new recordings, an acoustic version of Caroline Skies recorded for the documentary and Geraldine and Or A Girl I Knew, two tracks the band recorded with Neil in the very earliest days of the studio in 2005.

To celebrate the Prime Rocks screening, Eight Days At Roundhead is available on May 10th as a specially priced stand alone digital album or as bonus album packaged with The Exponents Greatest Hits on CD, download and stream.

We asked Jordan to take us through the album:

I can’t explain the magic of music.  I was 14 when Myles Richardson lent me his Nylon String Guitar & a chord book.  Another wonderful Saint, Gary Bruce, used to bring his wired implement to school. I love the way you get these black marks on your fingers when you play.  Gary showed me songs like “Locomotive Breath” by Jethro Tull.  I would listen to records and try to find the notes.  One of the first songs I worked out was “Close As You’ll Ever Be” by the Boomtown Rats. It seemed to just use two strings. I thought that was easier than using six. 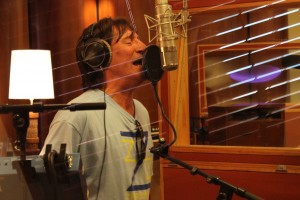 I was particularly fond of The Jam. Social Life is one of the first songs I wrote.  I didn’t know it then but it is, I guess, from The Who!  Now I start to get clever.  Instead of using majors I jump on the minors.  This seemed to suit the melodies in my head.  Rural Town is Paul Weller living in Geraldine. He’d love hay carting.  This recording of “Rural Town” I’d like to dedicate to Midge Marsden.  A wonderful inspiration and still celebrating his 39th birthday. Our school band was called “Basement” incidentally and I wouldn’t be writing this without the musicality of Michael & Steve Jones.  “Basement” songs were going down just as well as our covers. Encouraged, I become prolific.

It’s An Early Winter:  by this stage I’d become a Dance Exponent.  Steve Cowan brings this to life playing keyboards.  This is one of me Mum’s favourite songs. There is so much Christchurch in Walk Around The Roses that coming from small cemeteries I am surrounded by larger ones.  A big jump here for the next 3 songs. Brian Jones meets Chris Sheehan.  New Zealand should have a Guitarist Hall Of Fame.  Chris would be first in.  Check out “The Starlings” dear readers.  The finest of the inexplicably unheard.

I hadn’t ever really been happy with 18 different lyrical versions of what is now called You Got Ten Minutes Now.  Thanks to Neil Baldock I am now.  Within Fields About Me is me already being lost in the sad aspects of the music industry and wishing I was hay carting again… I love “the window won’t wind down”.  It truly would not.  We finish these sessions with a magickal Dave Gent groove. I Can’t Give You More. The song was slow, sombre, Tuvan, choral monkish.  It’s not now. Love you Beaver. Enjoy the listen.  Hope you can explain.  Goodbye “Caroline Skies”…xox, Jordan.