The Exponents to be inducted into the NZ Music Hall of Fame
by pushsupport on October 21, 2015 in News 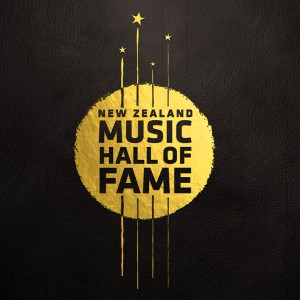 We are very pleased to announce that the 2015 NZ Herald Legacy Award recipients are The Exponents.

The New Zealand Herald Legacy Award pays tribute to notable and celebrated Kiwi artists who have helped shape the NZ music industry. Legacy Award winners are inducted into the NZ Music Hall of Fame at the 2015 Vodafone New Zealand Music Awards on November 19.

The group formed in 1981, recording first under the name The Dance Exponents, before changing to The Exponents in 1990. Over the band’s full 34 year career the group released nine studio albums and three greatest hits compilations featuring hits such as Why Does Love Do This To Me, Who Loves Who The Most, Victoria and I’ll Say Goodbye (Even Though I’m Blue).

While called The Dance Exponents, the band won The Most Promising Group award at the 1982 NZ Music Awards and from there continued to produce hit after hit.

The first album Live at Mainstreet was released in 1983 and was nominated for Album of the Year. The Exponents were back in 1984 to win Album of the Year with Prayers Be Answered. The album stayed in the NZ charts for a year and sold double platinum in the process.

Jordan Luck’s songs, along with the group’s exuberant live performances, made The Dance Exponents one of the most popular bands of the 1980s.

The group left for the UK in 1987, returning home three years later. The guys dropped the ‘dance’ from the name and in 1992, released Something Beginning with C, which yielded the group’s biggest hits; Why Does Love Do This To Me, Whatever Happened To Tracey and Who Loves Who The Most. The album became the band’s first number one in the New Zealand Charts.

The Exponents went on to release more successful albums, gaining multiple Tui finalist nods and wins, before disbanding in 1999 after the final NZ tour of the album Hello, Love You, Goodbye.

Since then, the band has released three greatest hits albums, reuniting frequently and in 2010 played at the ‘Band Together’ benefit concert for the 2010 Canterbury Earthquake.

“The longevity in The Exponents’ music is outstanding and impressive. They created tracks that are as loved now as they were when they were first released,” Vaughan says.

“Many of the finalist artists for this year’s VNZMA awards have grown up listening to The Exponents. The band’s influence and impact on New Zealand music is significant. The Exponents are Kiwi icons and have created a truly remarkable music legacy. We at Recorded Music NZ look forward to celebrating the band’s induction with all of New Zealand at the Vodafone New Zealand Music Awards.”