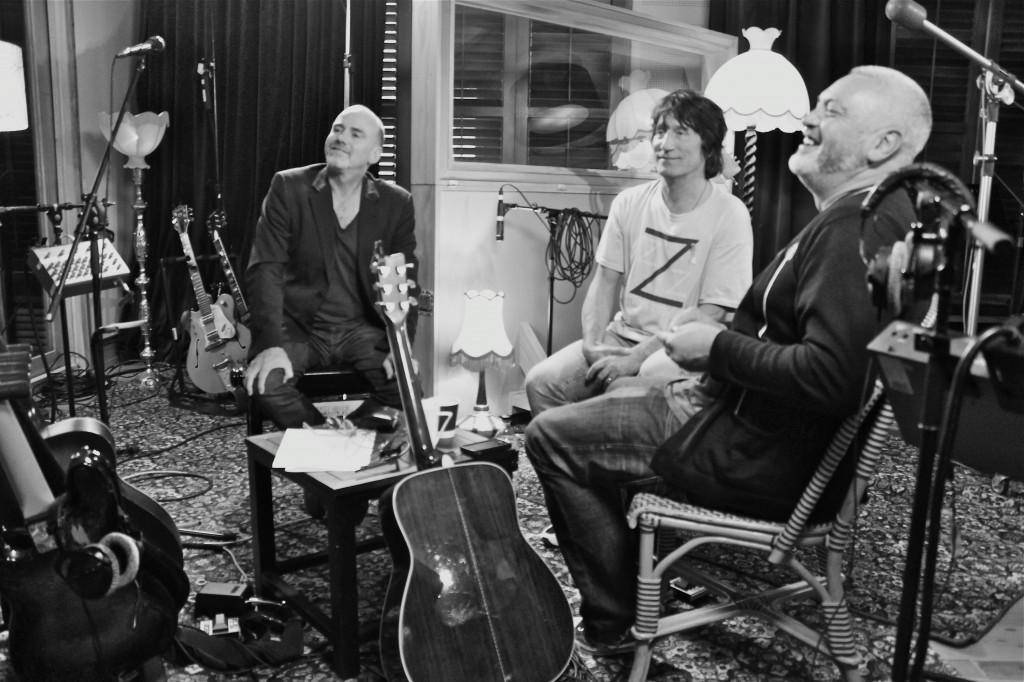 2011 marked the 30th anniversary of the group and on November 14th of that year, almost 30 years to the day after the Dance Exponents first ever show in Christchurch, Jordan, Brian, Dave and Harry got together to play a one off show at The Ferrymead Speights Alehouse, a venue very close to the Hillsborough Tavern where the band made their debut three decades earlier. To mark the anniversary, Universal Music released a brand new best of album called Why Does Love Do This to Me: The Exponents Greatest Hits.

The anniversary celebrations sparked interest in the band’s story from Notable Pictures, who secured funding and support from Prime Television and NZ on Air to produce a feature television documentary about the band. Simply entitled The Exponents, the documentary was an entertaining journey into the heart and history of the group. It first screened on New Zealand television in May 2013 and it documented the group’s return to Neil Finn’s Roundhead Studios in Auckland to record some of Jordan’s earliest and most immediate songs, most of which never made it to an album during the course of their career.

The result of their sessions at the famed studio was a new album Eight Days At Roundhead that featured seven new recordings, an acoustic version of Caroline Skies recorded for the documentary and two tracks the band recorded with Neil in the earliest days of the studio in 2005.

Eight Days At Roundhead was released in early May 2013 as a standalone digital album and as bonus album packaged with The Exponents Greatest Hits album.

At the same time Universal Music digitally re-issued the band’s classic catalogue, which include the long out of print Live at Mainstreet and Amplifier albums and special deluxe editions of Prayers Be Answered, Expectations, Something Beginning With C and Grassy Knoll, which featured b-sides, live recordings, rarities and some never before heard recordings.

In December 2014, the Exponents heard the sad news that Chris Sheehan, who had done so much to shape the group’s sound in the eighties, had died in Spain after a long battle with cancer.

In addition to being presented with the Legacy Award at the Vodafone New Zealand Music Awards on 19 November 2015, The Exponents were inducted into the NZ Music Hall of Fame, joining Jordan Luck who was already there in recognition of his outstanding contribution to New Zealand song writing. Along with Jordan, Brian, Dave and Harry, Recorded Music New Zealand included Steve Cowan, Chris Sheehan and Dave Baraclough into the Hall of Fame induction to recognise their major contributions to the group.

Smith developed the script for the film which revolves around the relationship between Jordan Luck (played by Jordan Mooney) and David Gent (played by Matariki Whatarau). Directed by Danny Mulheron and called Why Does Love, the film was shot in October 2016 and features original Dance Exponents and Exponents songs including some never before release recordings. Why Does Love first screened in New Zealand on TVNZ 1 on July 16th, 2017.

Today recognised as one on New Zealand’s finest ever groups, the idea of the band remains simple for the original members. For Jordan, Brian, David and Harry, their journey together, is about years of friendship, great songs and endurance – “Slogging those songs around the country for over 30 years, until one day they become public property and you don’t own them anymore”. And you know it seems this is actually the aspect of their career they hold closest to their hearts.